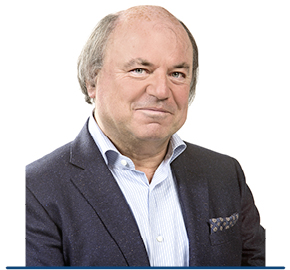 Dirk TILLEMANS graduated in 1980 with distinction with a licentiate in Law from KU Leuven. He also obtained a bachelor’s degree in Philosophy from the same university.

During the 1980-81 academic year he was assistant at the KU Leuven Faculty of Law, Department of Criminal Law, Criminal Prosecution and Criminology.

From 1985 to 1991 he was assistant at the same faculty in the Department of Family Law.

In 1981, Dirk Tillemans started his legal traineeship at the Mechelen Bar Association.

He began his collaboration with the office of Carl Devlies in 1986.

In 2002, Dirk Tillemans followed the programme of mediation in family and juvenile law at KU Leuven.

Dirk Tillemans has been a deputy judge at the Court of First Instance in Leuven since 1987.

He has a thorough knowledge of diverse matters such as family law, succession law, contract law, real estate law, administrative and disciplinary law and labour law.

He has a command of Dutch, French and English. His years of expertise, his experience in the academic world and as a deputy judge, as well as the numerous training programmes followed, add value to the cases he handles.

Dirk Tillemans has published among others the following articles: