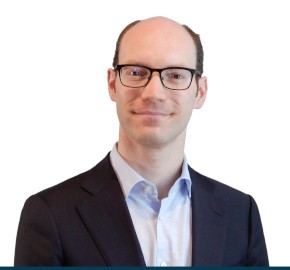 Mr. Steven Verbeke graduated in 2007 as Lic. Iuris at Free University of Brussels (with great distinction). During this degree he took part in an Erasmus program at the Universitat Autònoma de Barcelona.

Subsequently in 2008 he obtained a Master in Management Sciences at the Catholic University of Louvain-la-Neuve (with distinction) and ended his studies in 2009 with an LL.M. in International Business Law at the London School of Economics (with merits).

After a decade of experience at two international business law firms in Brussel and several secondments at leading companies in the telecom, FMCG, software and tobacco industry, Mr. Verbeke joined Devlies & Partners at the beginning of 2020.

Mr. Verbeke has a rich experience in corporate law, commercial dispute settlement, commercial contracts, unfair commercial practices and liability law. He has experience in advising both local and international clients i.a. active in regulated industries such as the telecom, the automotive, the credit, the gambling, the tobacco and the insurance industry.

Between 2011 and 2014 Mr. Steven Verbeke also worked as a teaching assistant at the Institute for Private Law at the Catholic University of Leuven. He taught comparative law seminars on collective redress systems (class action) in the US and in Europe. Mr. Verbeke also got the opportunity to assist a client with its defence against one of the first collective redress actions in Belgium.

The core values of Mr. Verbeke’s approach are easy accessibly, an in-depth file analysis and a business-oriented solution.

Mr. Verbeke is fluent in Dutch, French and English and has a good understanding of Spanish.